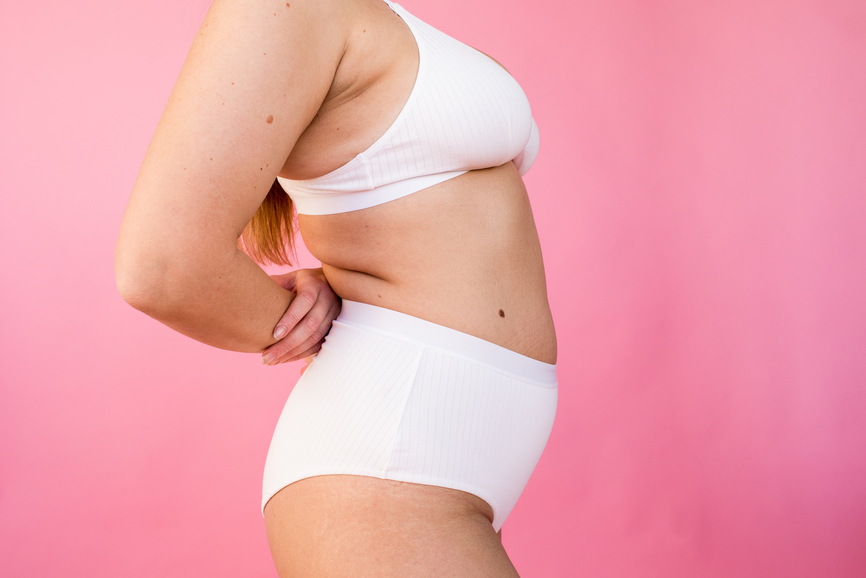 It sounds like I mean cute onesie versus car seat versus burp cloths versus massage gift certificate, but what I really mean is Depends®️. The adult diapers.

After my legit highest-level fourth-degree episiotomy which rendered my two nether-region cavities one Holland Tunnel hole, which I called my Vaganus, the doctors performed a hospital room quilting bee in my box that took an hour and forty-five minutes.

At my middle of the night check-in, the nurse, alarmed by the murder victim scene in my hospital bed, immediately flipped on the lights, smashed the emergency red button on the wall, and twenty people suddenly swarmed into my room as I sat bleary-eyed and in extreme undercarriage pain. My hand-IV that I’d begged for them to take out proved useful, as they rushed in a bag of pitocin to contract my hemorrhaging ute, resulting in labor pains with an empty uterus that were so excruciating, I needed an epidural in the middle of the night. All of this went down with my baby sleeping in the Cornell nursery and my husband at home after a sleepless hellscape the night before.

Two days later I was home, and the blood tsunami emerging hourly was nothing anyone prepared me for. They’d wheeled me out with a baby on my lap and no handbook for handling a newborn. I was terrified about not only this seven-pound creature whose life was now in my hands, but also possessed by the complete conviction that all my organs would fall out of my cooter at any moment.

When I was a kid, I read Are You There God? It’s me, Margaret, about an adolescent girl awaiting her crimson tide. There was talk of a menstrual “belt,” which was mysterious and weird-sounding…until the postpartum nurse whipped one out for me. Naturally I exclaimed, “OH, this must be the thing from—” and she interrupted with the book title; clearly, I wasn’t the first.

But the giant pad attached to the belt would move and each morning my bedsheets were still the flag of japan. I won’t even go there about the first sex or first sh*t (imagine diarrhea-ing shards of broken glass), but suffice it to say, the bleeding was not going to be contained with this bullsh*t.

So when I was hobbling into my local market and spied the adult diapers, I bought ‘em. And I turned a corner. Suddenly, I wasn’t handling movie parts and doing clean-up duty, I just chucked the used diapers—which actually are way thinner than you think. They were comfortable and not visible through most clothes- certainly not the potato sacks I was wearing.

I’m not quite sure why hospitals don’t jettison the other apparatus and simply give out Depends, but until then, you may want to alert your preggo pals to have a pack waiting for them at home.

New moms should be “pampered,” too.

Jill Kargman (She/Her) is the New York Times bestselling author of twelve books including most recently Sprinkle Glitter On My Grave. Her articles have appeared in Vogue, Harper’s Bazaar, ELLE, Paper, Interview, GQ, InStyle, and other magazines. She’s also the creator and star of the scripted comedy Odd Mom Out and is currently writing a screenplay for a feature film. She lives in New York City with her husband and three kids. Read More by Jill
Previous MOTHER LEADER: Marissa Goldstein, Rafi Nova Founder & CEO
Next 3 Cultures Devoted to Nurturing New Mothers & Traditions You Can Integrate Into Your Fourth Trimester