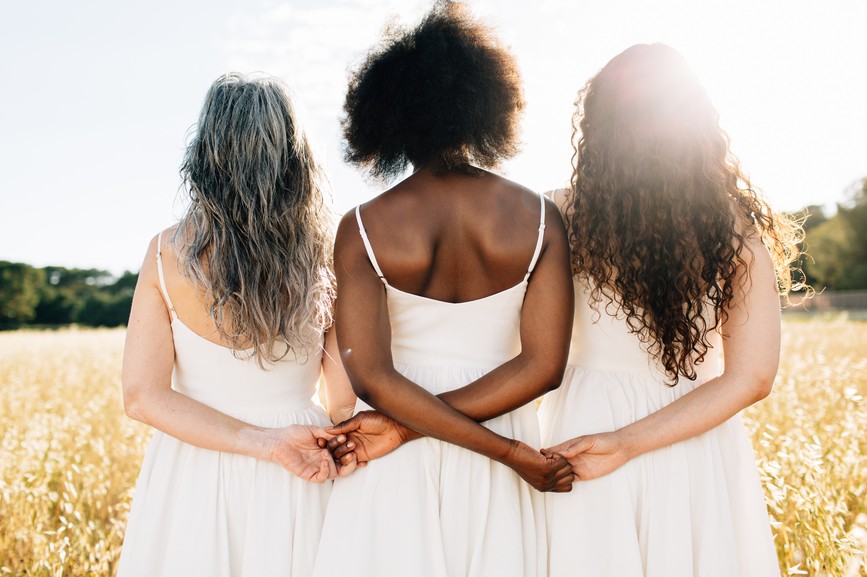 If I’m being completely honest, I didn’t put much thought into making “mom friends” when I became a mother myself. I viewed them as “the women I’d meet along the way who happened to have kids the same age as mine”. Not as friendships that could bring me joy and support. Because it’s all about the kids and their social lives now, right?

Looking back, I realize that my expectations were off because I had internalized something wild: my needs don’t matter once I’m a mom.

As the more outgoing and extroverted one in my marriage, we were both surprised at how drained I was after children’s birthday parties. Even the idea of this kind of forced socializing left me exhausted. So I would often take the parenting lead leaving my introverted husband in charge of making friends.

But as I became more confident in my parenting and my role as a mother, something shifted. I moved past the survival stage and realized I want to spend time with people who bring me energy and positivity. It would be cool if they had kids of a similar age, but it no longer felt like the most important requirement.

Thankfully, I’ve had friends arrive in my life at the perfect time despite my initial outlook, and for that I’m eternally grateful.

When I was pregnant with my first and we moved into our house, it turned out our neighbor was also pregnant and we were due only three months apart.

She became my foundation of support. She was the one I could call when I forgot my daughter’s formula at home after rushing to drop her off and not be late for work. This strong friendship that came as a surprise when we moved in gave me space to consider what else I may need. Things I hadn’t considered or expected to need as a mom or a woman.

For 7 years, I’ve been half-jokingly including “it takes a village” in almost every parenting conversation I’ve had since my daughter was born. Because my husband and I have a lot of support from friends and neighbors.

It wasn’t until my kids got older and I had time to reflect on my personal struggles and how I’ve evolved that I really took stock of the many different types of people who make up my village. My neighbor and my other mom friends who helped me survive those intense, consuming first years.

I now know and appreciate how much I still need friends who knew me before I was a mother. Who guide me back to myself as an individual outside of motherhood whenever I need it. Some of those women had children themselves and some of them didn’t, but they all knew me before and in their own ways helped me figure out who this new version of me would be by reminding me of what I was before.

When I had my son, I realized my village was missing an important element: moms in this same stage of motherhood who understand this very particular brand of chaos. Having two kids, especially when one was an infant, was so overwhelming. I couldn’t imagine him having his own friends because how would that fit in with everything else going on?

Then 2020 happened and a lot of it sucked. But by the daycare powers that be, my village expanded to include families with kids my son’s age who also had older siblings. These families became our lifeline during the pandemic. It was the group my village was missing.

The friendships forged during challenging times now give way to a lighter, joyful season of spontaneous hangouts, a handful of new emergency contacts for school, and a group text chain that can really throw you off when you’re in a work meeting!

I am certain that the next phase of motherhood will illuminate a new gap in my village. One that  I can’t see now. In the past that may have freaked me out, but now I trust that the next few years will unfold as they’re supposed to. And I can’t wait to meet all my new friends.

Laura Odato (She/Her) lives in Washington, DC with her husband, 6 year old daughter and 3 year old son (and one old chihuahua). She is currently recovering from a career in politics and enjoying a new professional path in the nonprofit world. She is focusing on creating a new normal for herself and her family as her kids get more independent and enjoys spending time with her mom village, reading, and exploring her city. Read More by Laura
Previous You’re Not Texting Too Much, It’s Mom Thumb & Here are 5 Things You Can Do To Help
Next pstprtm Founder Favorites: 9 of Our Go-To Products for an Easy Mama Moment