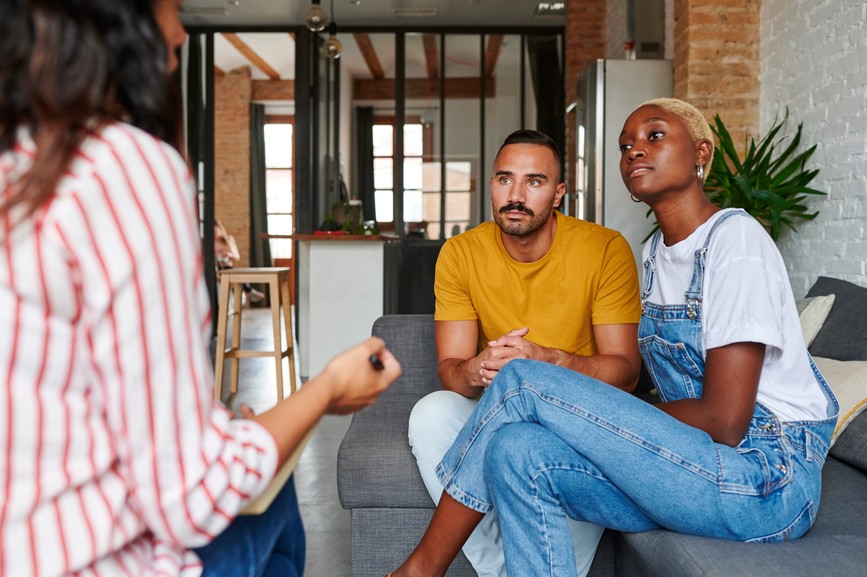 If you’ve been keeping tabs on the people, policymakers, and states that think they can tell you what to do with your body, you already know that 2021 hasn’t been a great year for those of us with uteruses.

It has actually been the worst legislative year ever for abortion rights with 90 abortions restrictions. That’s more than any year since 1973, the year Roe v. Wade was handed down.

So, let’s all take a moment to collectively scream into the abyss about the patriarchy… and then take a deep breath together, and focus us on what we can do about it.

As a founding member of the Hysterical Womxn’s Society, an organization whose mission is to build awareness, understanding, and allyship through intentional, informed dialogue on reproductive justice issues, I believe that we all hold significant power for change within our personal communities.

Instead of feeling helpless to the constant attacks on our bodies, I want to share some talking points to disseminate to the anti-abortion people in our lives. And while we’re at it, let’s share the information with the pro-choice folks as well, because knowledge is power and the more information we are armed with, the better our chances are of changing hearts and minds.

Before we get into it, a reminder that true meaningful dialogue doesn’t happen in the comments section of a post. (That is a reminder for myself as well, trust!)

So here we go.

Let’s start with the one that the anti-choice sector like to pretend doesn’t exist:

That’s right. I’ll say it again. The criminalization of abortion does NOT decrease the incidence of abortion. The only thing criminalizing abortion accomplishes is an increase in the number of unsafe abortions and a higher rate of maternal death.

It’s important to note that BIPOC and low-income people are disproportionately affected by the burdens and barriers of the criminalization of abortion. In other words, rich and primarily white people will continue to access safe abortions.

Let’s break it down:

People are generally more prepared financially and mentally to have a baby when they are able to plan their circumstances around getting pregnant. Planned pregnancies also exhibit better health behaviors, like receiving the prenatal care needed for a healthy pregnancy and baby. Healthy babies!? That seems like that would be right up your alley if you are self proclaimed “pro-life” AM I RIGHT?

59% of women getting abortions already have children. And half of the mothers with Medicaid coverage do not attend a postpartum visit. LARC insertion immediately after giving birth can be the best opportunity for some women to receive birth control support to space out or prevent a subsequent, unplanned pregnancy.

Allowing pharmacists to prescribe and dispense hormonal contraceptives without a prescription from a physician is another great way to broaden accessibility to birth control services. Pharmacist prescriptions may be particularly effective in improving access for women living in rural and/or underserved areas, women with limited access to healthcare providers, and women without health insurance to cover the cost of a doctor’s visit.

Considering what we went over earlier, that the criminalization of abortion does NOT decrease the incidence of abortion, shouldn’t these programs be the things anti-abortion advocates spend their energy fighting for?

Research shows that providing family planning resources and improving access to birth control reduces unplanned pregnancies AND can save public dollars! Isn’t that an important point for anti-choice, Aunt Karen and Uncle Chad?

These savings were primarily due to the absence of medical costs associated with unplanned pregnancies. Because these women had access to birth control.

Abortion rights is a political fight about choice, controlling bodies, and nothing else.

We know this because we have established that it isn’t a fight about abortion at all since…. here I go again: the criminalization of abortion does NOT decrease the incidence of abortion. Should we make t-shirts?!

If you don’t believe in abortion for whatever reason, you have the right to those beliefs and the freedom to make the decision that is best for you. The horrifying idea of depriving that same freedom of choice when there are so many effective ways to prevent abortion lacks logic.

Hopefully some of the information in this article helps you feel more empowered to have these big conversations with your family and friends. Or even slide into someone’s DMs. If that feels appropriate, safe, and potentially effective.

You have the power to be an agent of change, one person at a time. Fight on, mamas!

Stephanie Martignetti is multihyphenate actress, Functional Medicine health coach and activist living in New Jersey. Stephanie has been seen on Broadway, TV and performed across the country. As a Health Coach, she works with her clients to foster a highly personalized, ever-evolving and holistic experience with the goal of creating lasting change. Her activism journey took shape in 2019, when she became a founding member of The Hysterical Womxn’s Society, an organization whose mission is to build awareness, understanding and allyship through intentional informed dialogue on reproductive justice issues. In Stephanie’s free time (what is free time really when you’re a mom?) she loves to work out, eat good food, nap, laugh with friends and play with her 21 month old daughter. For more info check out: www.SMHealthCoaching.com or www.HystericalWomxnsSociety.org or HWS on instagram @hystericalwomxnssociety

Peep the most popular articles of the week, get insider invites to our events, and learn to set boundaries like a boss with the free Boundary Cheat Sheet.