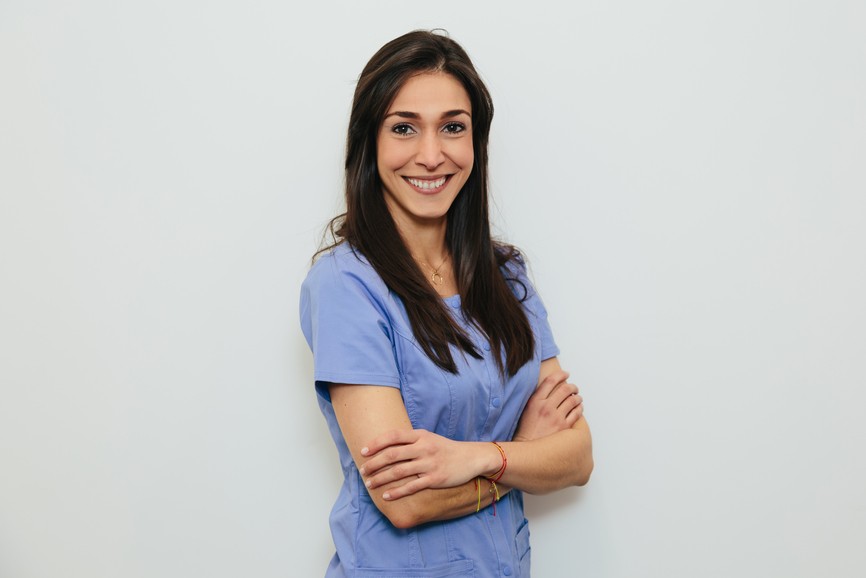 I heaved myself onto the table and my husband sat on a chair beside me. Together we watched the digital image of our son on the screen.

“Everything looks great, fluid levels are right where they should be for 40 weeks. We just need to count his movements before you go see the doctor.”

She jiggled the ultrasound wand into my belly to jostle my baby awake. On the screen, I saw that this was not working for Cooper. She continued jamming the wand into my belly when I asked if I could lay on my side. I did, and 10 seconds later Cooper started squirming in protest of his least favorite way for his mom to lay.

We finished the ultrasound and made our way into an exam room so a doctor could review the results with us. Suddenly, the door flies open and a stranger explodes into the room. He told us his name without making eye contact. Then he stared at the chart as he recounted that everything from the ultrasound looked normal. My baby appeared healthy according to the report.

Finally making eye contact with me, he grumbled, “So, I see that you are delivering at a birth center instead of with us and that you are 5 days overdue. How dilated are you?”

His eyebrows raised as he probed, “When was the last time a midwife checked your dilation!?”

Calmly, I explained that the midwives at the birth center don’t check dilation until patients are in labor since routine cervical checks are not evidence-based.

He looked pissed. He literally rolled his eyes. “Well! If you were my patient I would check your cervix right now and then send you straight to the hospital to be induced. There is just no need for you to be pregnant anymore.”

I blinked back at him. Trying to organize my thoughts. Wouldn’t my body go into labor when there was no longer a need for me to be pregnant? I wasn’t past 40 weeks yet so what is the rush?

My gut was telling me that my body wasn’t yet finished being pregnant. I knew that Cooper would come when he was ready. We were in this together and I trusted him. I also spoke with my midwife and understood there can be increased risk associated with induction without a medical reason.

I was already experiencing pre-labor contractions and my preference is to only have interventions if they are medically necessary. I told Dr. Kramer. Also, stay the f*ck away from my cervix.

(I didn’t say that last part out loud, but I wanted to.)

“Ok, are we all set here?” I needed to get out of there as soon as possible. He sighed, lobbed the ultrasound paperwork at me and mumbled, “good luck” as he walked out the door. Seventeen hours later, I gave birth in a tub at the birth center without any interventions except intravenous antibiotics.

I didn’t think of Dr. Kramer again until a week later when my friend brought me dinner. Since we went to the same OB/GYN practice I asked her if she ever had appointments with Dr. Kramer.

“Yes!” She exclaimed as she carefully placed the casserole on the counter. “He delivered Evangeline, I love him!”

I couldn’t believe these words were coming out of her mouth! I  recounted the story about my ultrasound visit from the week before. She agreed that he can be rough around the edges, but she came to appreciate his matter-of-fact bedside manner.

When she was 24 weeks pregnant, she was admitted to the hospital for preterm labor contractions and Dr. Kramer was the OB on-call. He clearly explained what was going on and what the protocol would be moving forward. He also promised to do everything he could to stop the contractions. She felt safe under his care.

For the next 13 weeks, Caroline floated in and out of that hospital.

Dr. Kramer was on-call every single time she was admitted. She always felt comforted by his presence and appreciated his decisiveness and confidence. She felt safe with him. At 37 weeks pregnant she arrived at the hospital for a procedure to turn a breech baby head down (aka external cephalic version). After the ultrasounds showed that the baby was already head down, Caroline went into labor. Later that day, Dr. Kramer was there to deliver sweet Evangeline.

Fast forward two years — two years in which I hadn’t thought once of this doctor — I attended a virtual retreat for my certification to become a childbirth education mentor. We were instructed to stand up and imagine standing in a long line. She then encouraged us to think of a topic related to birth that we are passionate about and then of someone who opposed our beliefs on that topic.

I immediately thought about routine prenatal cervical checks and Dr. Kramer. The facilitator invited us to envision the “line” that we stood on to be a spectrum for our topic. And to notice where we stand on that spectrum. And where the “opposition” (if you will) stands.

I saw Dr. Kramer all the way on the other side of the spectrum with his latex glove ready to inspect any cervix that waltzed full-bellied into his exam room. And myself standing on the exact opposite side.

But then, our instructor said, “Think of something we have in common with your opponent.”

Ugh. I don’t want to have anything in common with this person! He made me feel small, judged, and unimportant. How many other people had this experience with him during pregnancy?

I thought of my friend Caroline laying in her hospital bed with Dr. Kramer by her side. The thing he and I have in common is wanting Caroline and Evangeline to be safe and healthy. Realizing we have something so important in common, I could feel him sliding closer to me on the spectrum.

So I am leaving you with a challenge…

Amanda Gorman (she/her) is a wife, mother of two, the host of the Finding Your Village podcast and a childbirth education mentor. In addition to her family, Amanda is passionate about: writing, speaking, addiction and trauma recovery, music, racial reconciliation and birth work. Her podcast focuses on birth, postpartum and parent mental health and the goal of the show is to make the early days of parenting more connected. Learn more at www.findingyourvillagepod.com Read More by Amanda
Previous Tapping: A Technique to Help Relieve Stress, Trauma, and More Postpartum
Next The No Plan Plan: Because Motherhood Doesn’t Always Go As Planned